Recently I’ve been to Laravel meetup in São Paulo hold by iMasters coordinated by Ravan and Zizaco, both working for Leroy Merlin and using Laravel (of course). The meetup started with a really good introduction and interaction between the audience, thanks iMasters for the coffee-break. Usually the people who go to the meetup are known by the hosts. They were really comfortable with each other which I think is really good. The main goal of the meetup was to help newbies in Laravel(specifically in middleware). The first speaker(Igor Carvalho) started his talk. 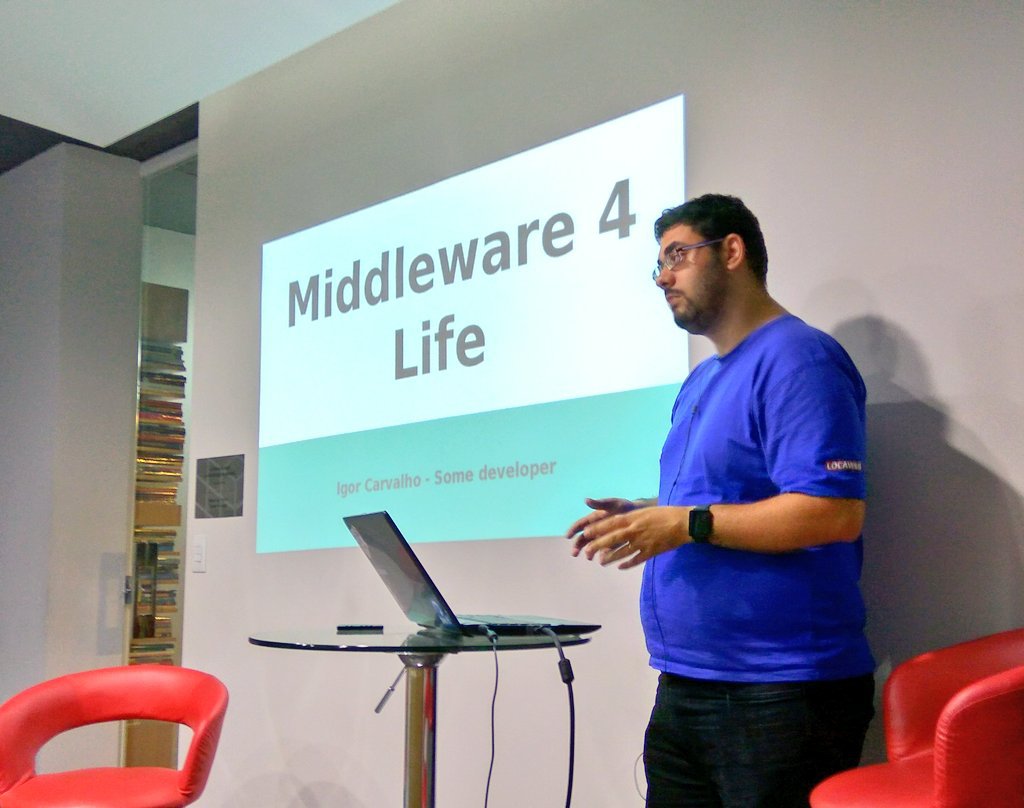 His talk was a really good introduction to middleware concept in how we can benefit from them and how to implement them using Laravel, Silex and Symfony. The onion concept was shown to the audience and code snippets were executed, this combination was a really good move because we could understand the concept in practice. The meetup had also Marcel as a second speaker who presented an amazing talk in how we as a developers can keep up to date with so many technologies and so many paths to take. 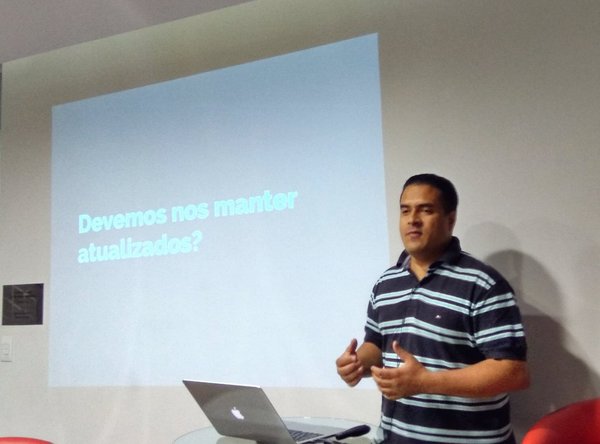 Marcel is a well known developer in various communities in São Paulo and he has spoken in many conferences such as PHP Experience (one of the biggest PHP conference in Brasil). His talk was the inspiring one, he talked about the difficulty of being an I.T professional.

His talk wasn’t the tech one and came to balance the meetup, indeed we aren’t machines we need to communicate. We need to interact more with each other and also be open minded with other programming languages and new technology. The book “The pragmatic programmer” was mentioned and inspired Marcel to create his talk. The main message that we could get from it was “think outside the box”.

The meetup ended with a great interaction among all members, we formed a good debate based in the talks presented. It is always good to know you are not alone in some issues, there we shared many problems, solutions and possibilities. The main lessons I could take from there was that programmers are not segregated, those kind of activities should be taken by everyone from any professional field. It is a way to learn, share and teach.

You can visit the official link here